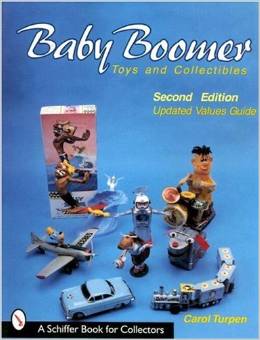 Now it’s time to write about toys that my parents played with!
The best 50’s and 60’s toys!

Their toys were also awesome!

They were very simple, but nevertheless a lot of fun!
I believe 50’s and 60’s toys are still among the best toys ever made!

So, for all the parents and grandparents out there: Let’s take another trip down memory lane, shall we?
Back to when you were just a little boy or girl, growing up in the 50’s and 60’s…

Now to get your memory going…

This is a huge classic game from the past!
I guess every kid had one!
I had one in my time, back in the 70’s…

It was a fun game, where you would throw the sticks on the floor or table and then players would take turns in removing one stick at a time without moving the other sticks!
If you failed you would loose!
The winner was the last player standing!
Fun, fun, fun!!!

Even though I was born in the 70’s, I had this awesome game as a child!
I remember getting really mad when my hand wasn’t steady enough to pick up one of the sticks without moving the others…

You can have it again!
Grab yours now and have fun with your kids and grandkids!!

*How to play pick up sticks (video): 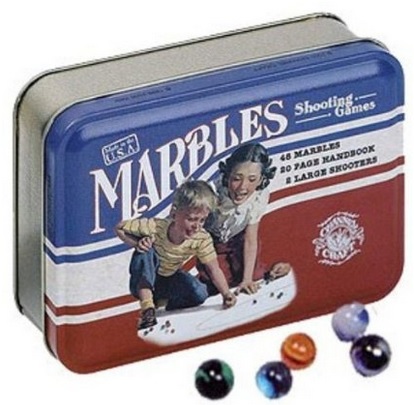 I guess there wasn’t one single boy from the 50’s and 60’s that didn’t have at least a few marbles…
It was the most played “street” game for boys!
They would all gather around, each one with their marble set and start playing!

There were many variations of the game, but the most popular was the one where the boys would draw a giant circle on the ground and put their marbles inside.
Each boy would take a turn in trying to “knock” their “enemy” marbles out of the circle and collect them!
The winner would be the boy with the most marbles on his back!
Many boys really “gambled” with their marbles and lost them to the other kids!
I Love Marbles!

I also had a fascination with marbles, even though I was a girl and girls were not allowed to play marbles with the boys…
It was strictly a “boys” game…

But I loved to collect them just because they were so pretty!
(And colorful… and transparent…
I thought they were magical!)

An all-time classic toy from the past!! 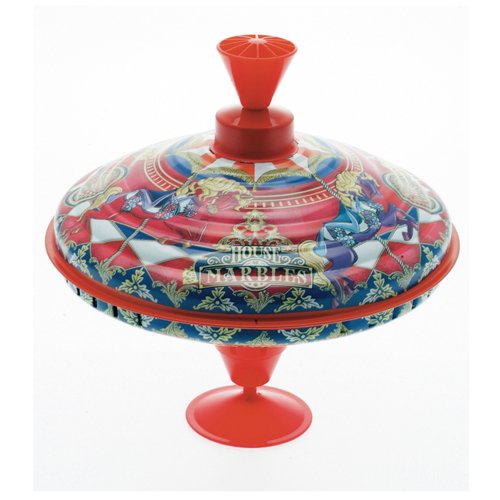 You can all be kids again and play with your favorite toys with your grandchildren!
Give them a classic humming top!

I guess many of you will recognize this toy and remember your childhood!
I had one too!
I loved playing with my circus top!
(Even though it took me a long time to learn how to do it properly…..)

Kids would also “compete” among themselves to see which one could make it spin for the longest time!

It made a nice whistling noise too if you really knew how to make it spin the proper way……….
Precious!!

*How to play with your tin spinning top! (Video) 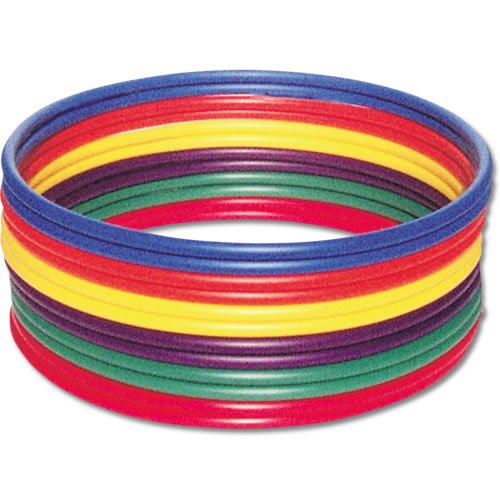 I guess almost every girl back in the 50’s and 60’s had these fun and colorful hula hoops! 🙂

My mom loved playing with her hula hoops when she was in her teens….
She was so good she participated in several hula hoop competitions back in the late 50’s!
One afternoon, she was hard at practicing her hula hoop moves, in her backyard, when a very handsome German boy noticed her from the apartment upstairs…….
It turns out they fell in love and were married two years later…….
They are still married today, 50 years later……..
They are my parents! 🙂

You can also buy these fun and colorful hula hoops for you!

Have fun hula hooping with your kids!
They are gonna love it!

*Check out these girls hula hooping together! (Video) 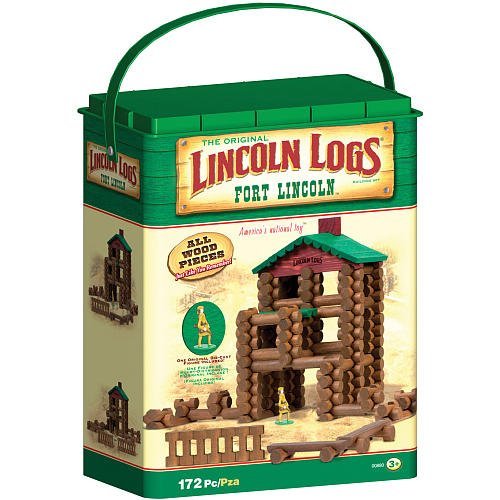 Who didn’t have a Lincoln Log building set back in the day?
They were extremely popular!

Kids loved to compete with one another to see who would be the most creative in building their own house!

It was a great toy to stimulate children’s imagination and creative skills!

This is the original Lincoln Logs fort building set for sale!
Comes with 172 pieces!
This is a great classic toy for your grandchildren!

*How to play and build a house using your new Lincoln Logs! (Video) 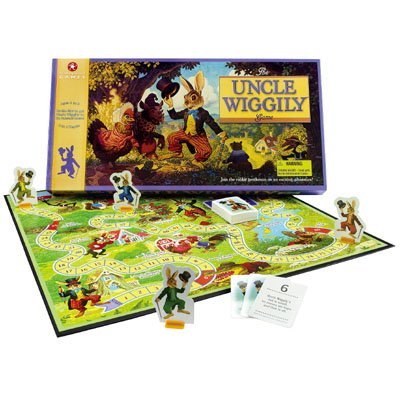 Who played with Uncle Wiggily? 🙂

Players advance along the track from Uncle Wiggily’s Bungalow to Dr. Possum’s House!

Boys and girls had a blast hopping their Uncle Wiggily through the woods!

Great fun board game from the past!

I think we should all encourage our kids to play fun board games from a very young age!
Kids nowadays play too much video-games…
Board games are such a nice way to have the whole family interacting and having fun together! 🙂
I miss that!

*How to play Uncle Wiggily! (Video) 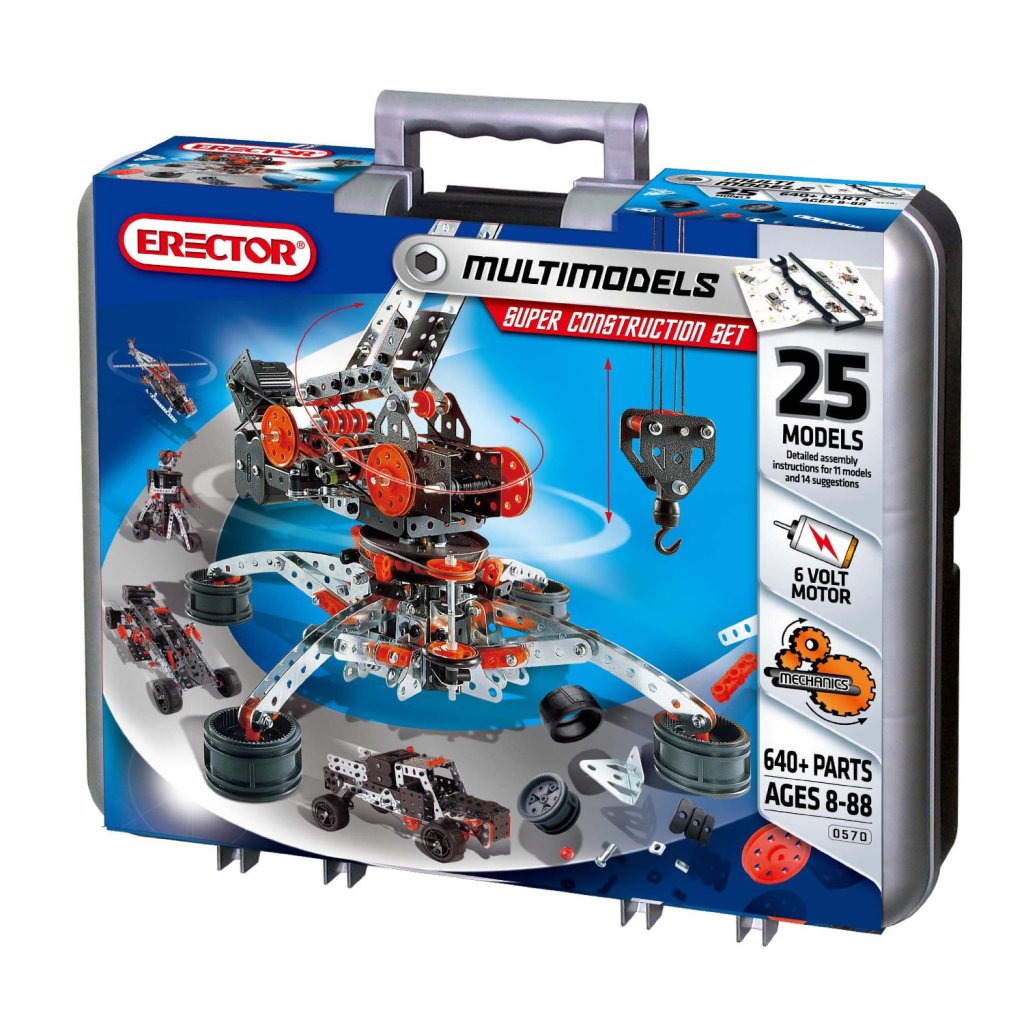 Erector sets were awesome metal building toy sets that had boys busy for hours and hours on a row coming up with the most amazing constructions!

It consisted of collections of small metal beams with regular holes for nuts, bolts, screws, and mechanical parts such as pulleys, gears, and small electric motors.

It was the perfect toy for the future ‘civil engineers’!
You could build anything your imagination conceived with your erector set……

This erector construction set comes with over 640 parts!
Perfect to build anything your mind can conceive, such as large robots, tractors, tanks, helicopters and more!

*Check it out here! 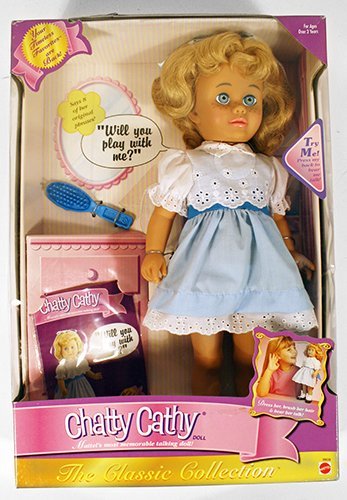 Who also had a cute Chatty Cathy doll?

I had one!
I loved to “talk” to my doll!
It was a big doll (for my small size anyway……) that I proudly carried with me everywhere!
She said a few sentences like “I love you!”, “Please take me with you!” among others……

Chatty Cathy is a doll manufactured by the Mattel toy company from 1959 to 1965.
The doll was first released in stores and appeared in television commercials beginning in 1960.

There was a “chatty ring” in her back that when pulled she would say a random sentence….

Wonderful memories!
I wish I had kept mine!

The late 50’s saw the birth of the first Barbie!

American businesswoman Ruth Handler is credited with the creation of the doll using a German doll called Bild Lilli as her inspiration….

She wore a zebra bathing suit, had red hair and looked very sexy!

After Barbie was created, it became every little girl’s dream to have one and to look like one… 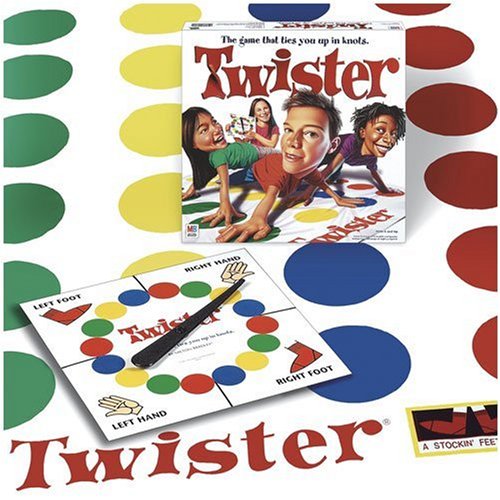 That’s right!
The fun game Twister was actually ‘born’ in the 60’s!

I hope you had fun on this page!
*Check these out too! 🙂

Best Vintage Dolls of All Times!

HappyGabby is a participant in the Amazon Services LLC Associates Program, an affiliate advertising program designed to provide a means for sites to earn advertising fees by advertising and linking to amazon.com.

**I am also a designer associate at Zazzle and as such, I receive compensation for sales that are generated by my affiliate links.