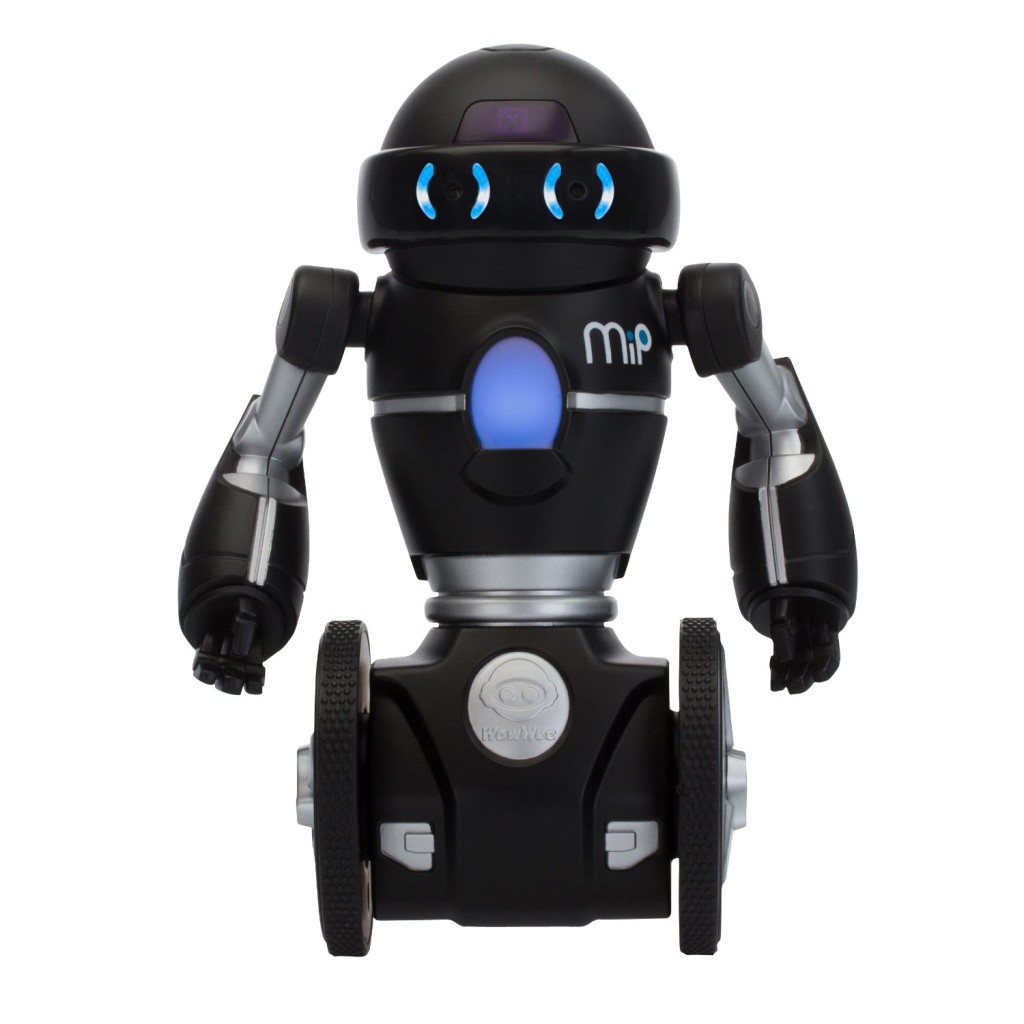 Say that again? WowWee? Wow we…… what? Where are you going?
You just keep saying ‘wow wee’…….
WoWWee robots? What robots? ‘WowWee alive’? I know… I’m happy to be alive too…. WowWee pets? No, we are not pets…. We are humans….. WowWee toys? We are humans! Not toys! WowWee robots and pets are toys! I got it!
WowWee alive are pets that look like they are alive! I understand now…..
WowWee robots are toy robots!
Very cool!
Wow! (I’m just saying “wow” now…. No wow wee……)

Well, I guess the best way for me to explain them to you is to show them to you!
Let’s go to the world of WowWee!

*When I was a child, I used to dream about having a robot toy…. Except they weren’t around yet! (I wish I had come up with the idea……)
Nowadays kids can have their very own robot pet or humanoid!
How amazing is that?
They can control and play with their electronic pets through a remote control! 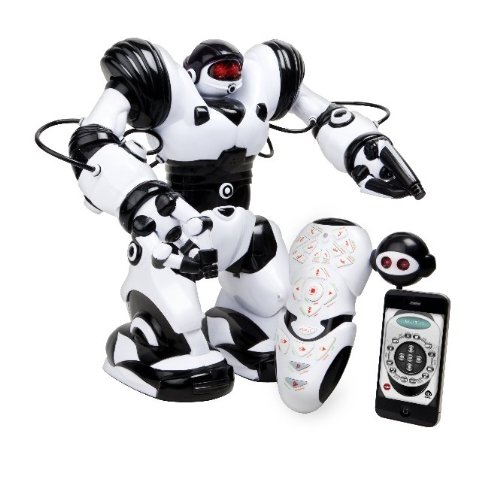 Meet the WowWee male robot our female robot’s husband…. (You better get both of them because he is really jealous of his wife, if you know what I mean….)

He is an amazing robot, that will totally interact with you and even ‘talk’ like a caveman!
Wow!
His robot ‘arms’ and grippers are fully functional!
(He can walk and he can dance too! 🙂
And sometimes he will just stop and stare at you with his red light up robot ‘eyes’!

I think he is a winner and you don’t need to look any further for another gift for your 7 or 8 year old boy….
This is it!
Did I also mention this Robosapien is funny?
He has a funny personality that will amuse kids and adults!

*Watch the WowWee Robosapien in Action!
He is so cool!! 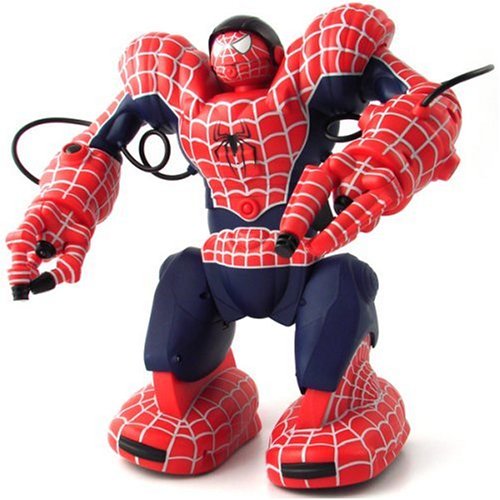 Wow again!! Wow, wow, wow!!!
(Now I understand why these WowWee robots are called Wow Wee…….. They are so amazing you won’t able to stop saying wow over and over again!) 🙂

This is an amazing WowWee Spiderman robot!!

This is the ultimate, most perfect gift any 9 or 10 year old boy can ever get!!

(Can you try to imagine how it will be for a boy to have a huge Spiderman robot that HE can control?)
He can dance, he can walk, he can groove and he can pick up and THROW objects at you!
(Did I mention he also knows karate movements? Watch out!)
Did I mention you can also make this robot Spiderman burp and whistle?

*Watch the Wowwee Spidersapien and the Robosapien dancing together!!
Beyond cool! 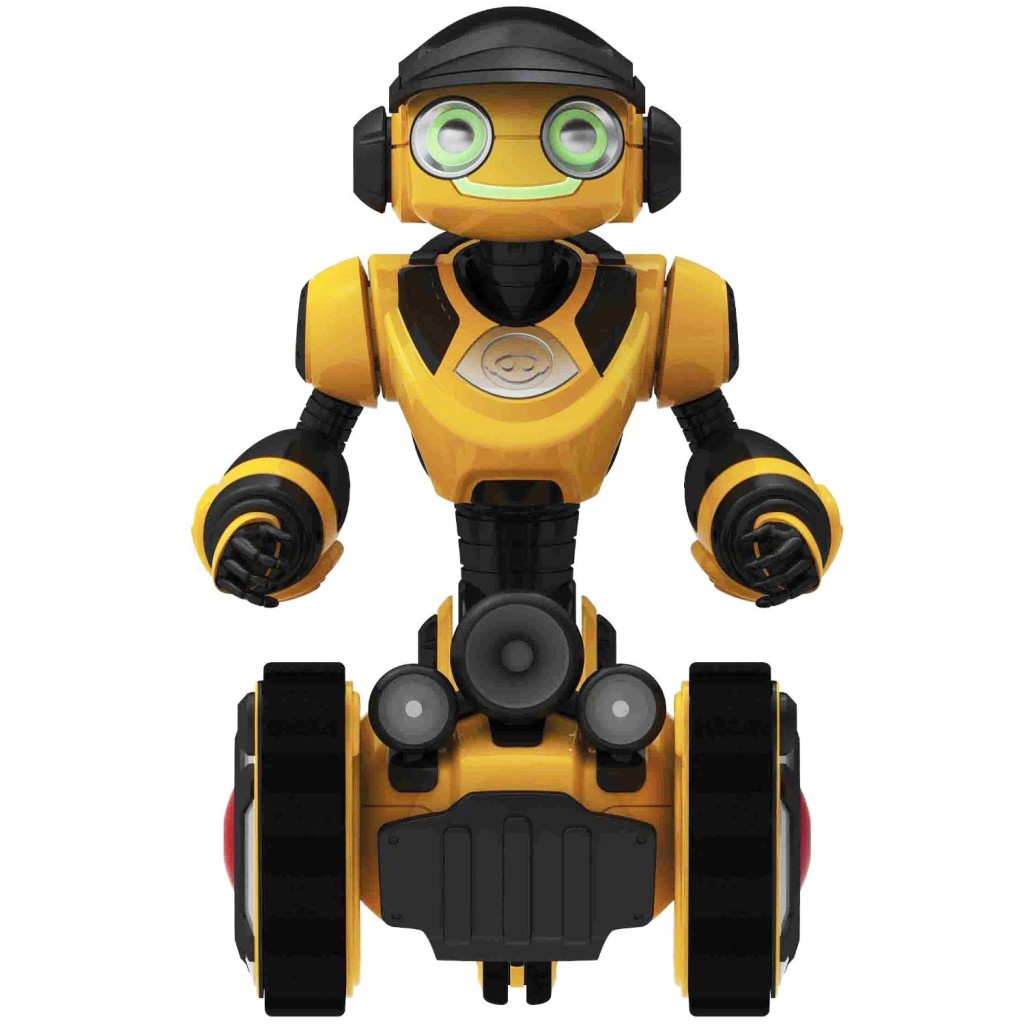 This is a very cool yellow WowWee fellow robot! 🙂

He is fun and friendly!
He is always in a great mood too, which is a good thing for a robot….

He can talk to you for about 5 minutes non-stop!
He is always in a mood to play games and he is never tired!!
Did you know that when it gets dark he will automatically light up so he he can see where he is going?
How cool is that?

Perfect robot toy for boys ages 6 and 7 years old!
(Watch the dogs though…. they seem not to like the WowWee robots very much… if you know what I mean…)

*Check him out here!
He is very cool!
WowWeee Roborover! 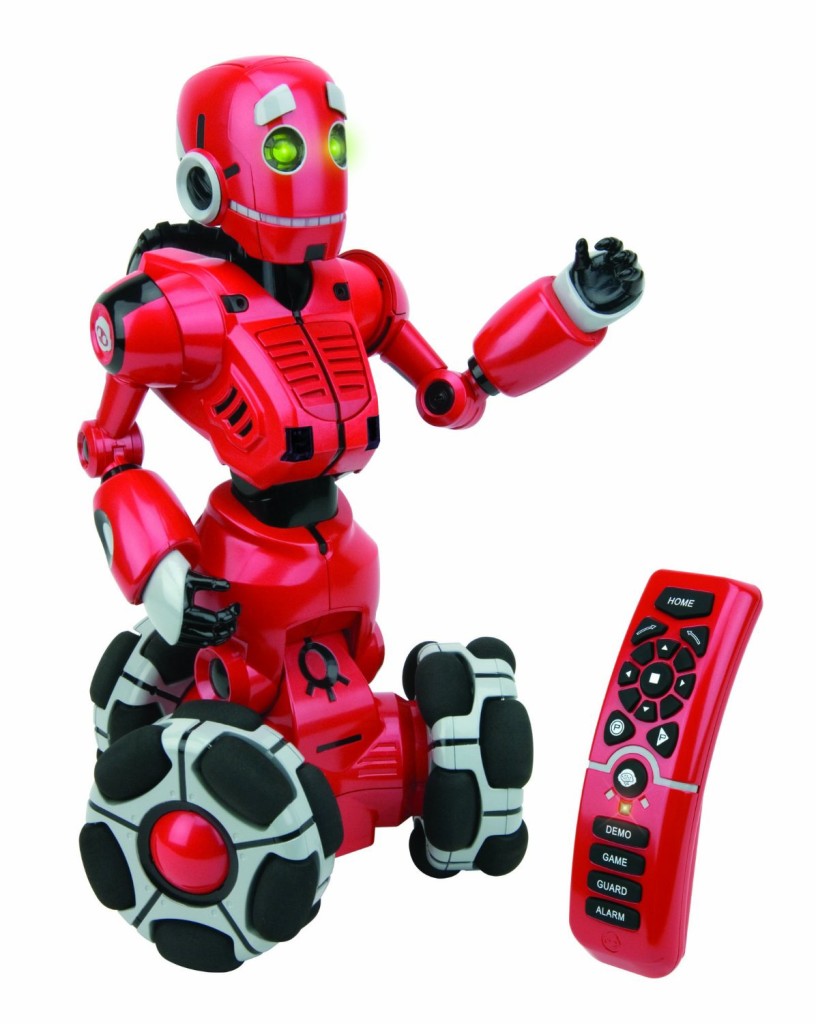 If you are feeling lonely and need a talking companion, meet this fun WowWee red talking robot! 🙂

What a happy fellow this WowWee red robot is!
He can’t wait to have a fun conversation with you and be your best friend!
He can also tell you great jokes and play fun games!
Perfect robot for boys ages 8 and up!

*He is funny!
And he won’t stop talking! 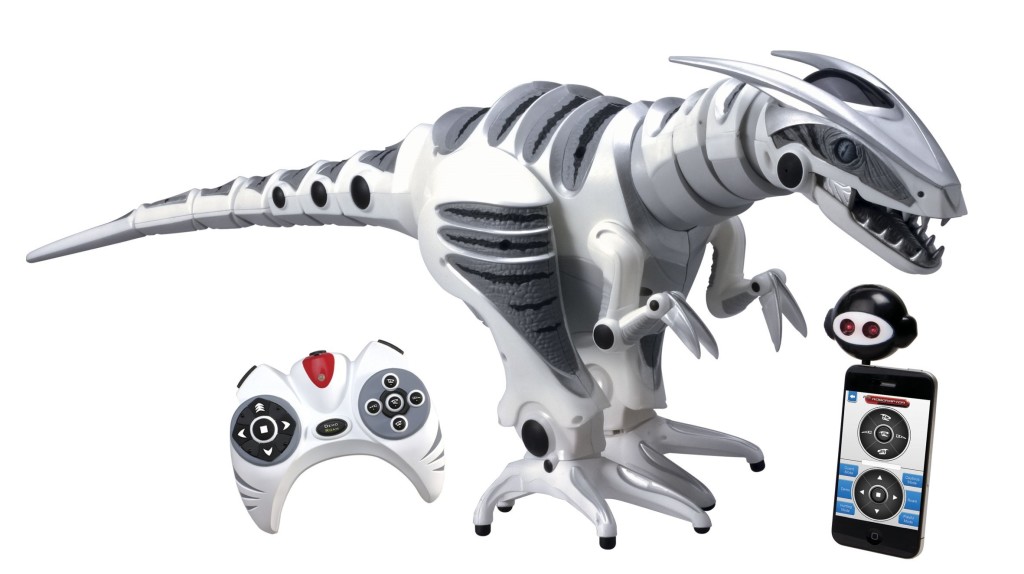 Now for the older kids, ages 7 and 8 to 12 years old, we have this WowWee Roboraptor dinosaur robot!
Wow!
Be careful!
He is ferocious, cunning and very intelligent!
(When he is in ‘hunting’ mode better stay out of the way!)
Parents say his boys won’t stop playing with him! 🙂
He looks very scary!
(Even though he also has a ‘playful’ mode, which should be fun!) 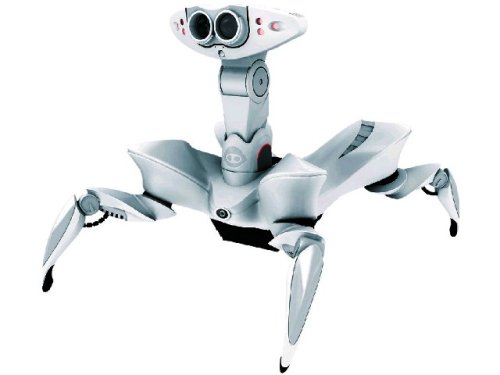 This robot will puzzle your friends, cats and dogs!
(Just imagine all the fun you are gonna have with this robot and your pets!)
The Robotquad can detect and pursue a moving object in any direction, including forward, backwards, and sideways. When an object such as a cat or a remote control car passes, the robot’s head swivels around so it can monitor its environment without moving.
After that, he will go after the object, cat, dog or person!
Hahahahaha!
I feel like getting one already, just to see him interact with my cat!
Fun, fun, fun!!
This is a fun robot for everyone in the family including your pets!!

*Wowwee Robot Roboquad Robotic Pet in Action!!
He is beyond amazing! 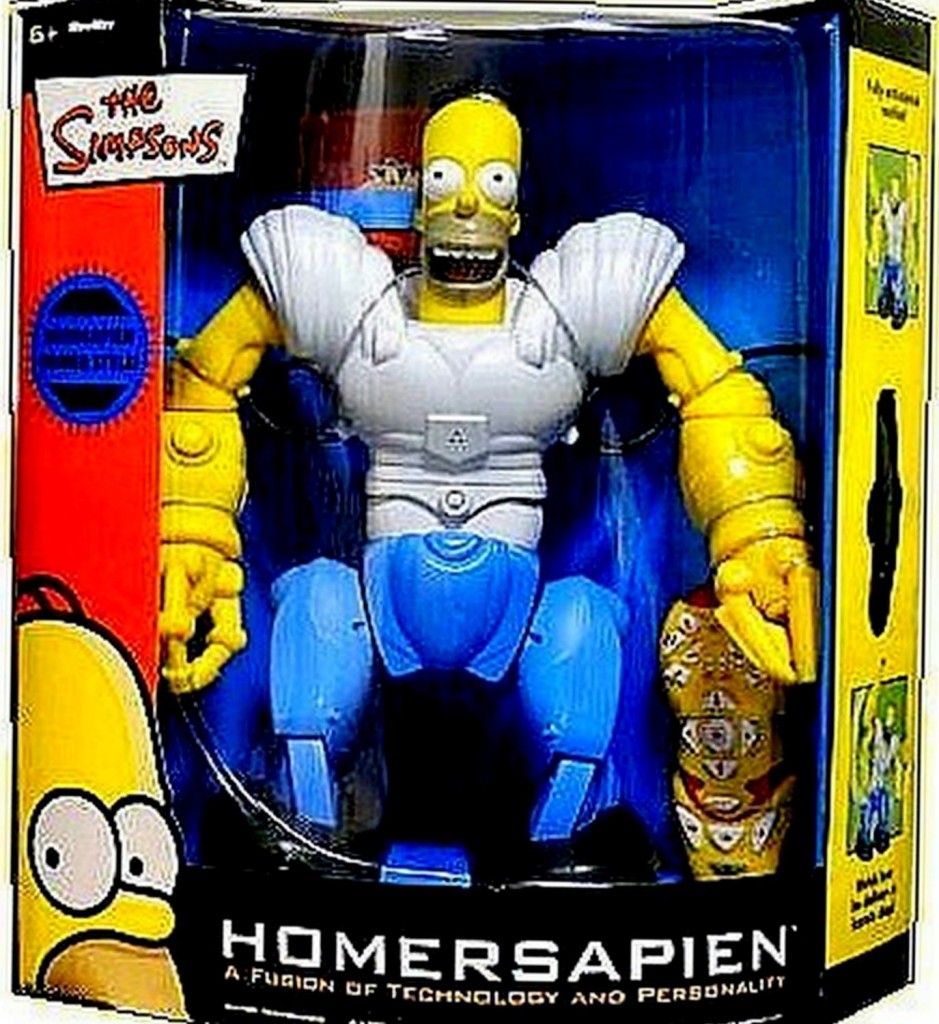 Wow!!
Guess who?
Yes, it is the WowWee Homer Simpson robot!
He is so cool!
He can pick up and throw stuff, he can dance, do martial arts, make sounds and develops his own personality too! 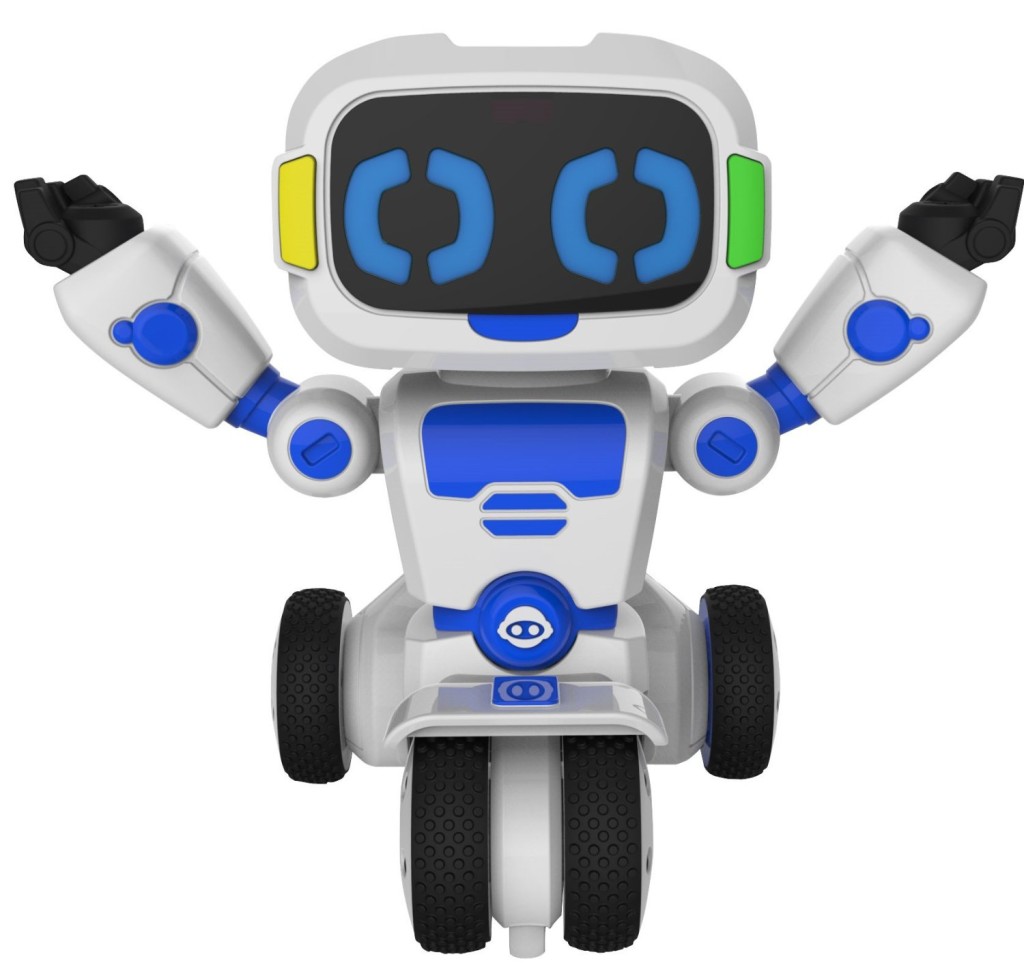 Now it’s time for the little ones!
This cute and very friendly WowWee robot is perfect for your 4 year old!
He has 5 different ‘play modes’and fun interactive activities!
The remote control is very easy to use and he loves to cruise around the house! 🙂 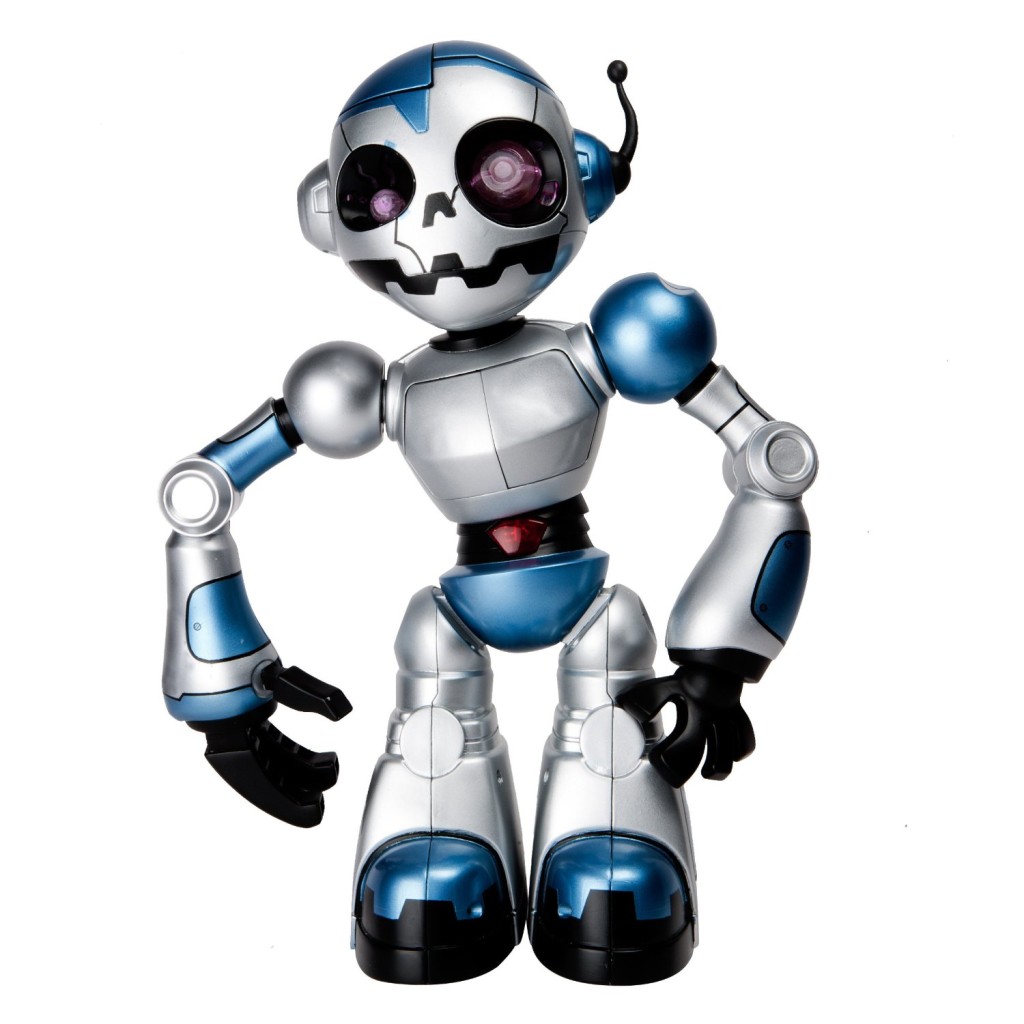 Wow!!
It is a robot zombie!!
I have never seen one before!
I wonder if he is a friendly zombie…
He has cool light up eyes and a health indicator for you to check how bad his ‘infection’ is…

*Check him out here! 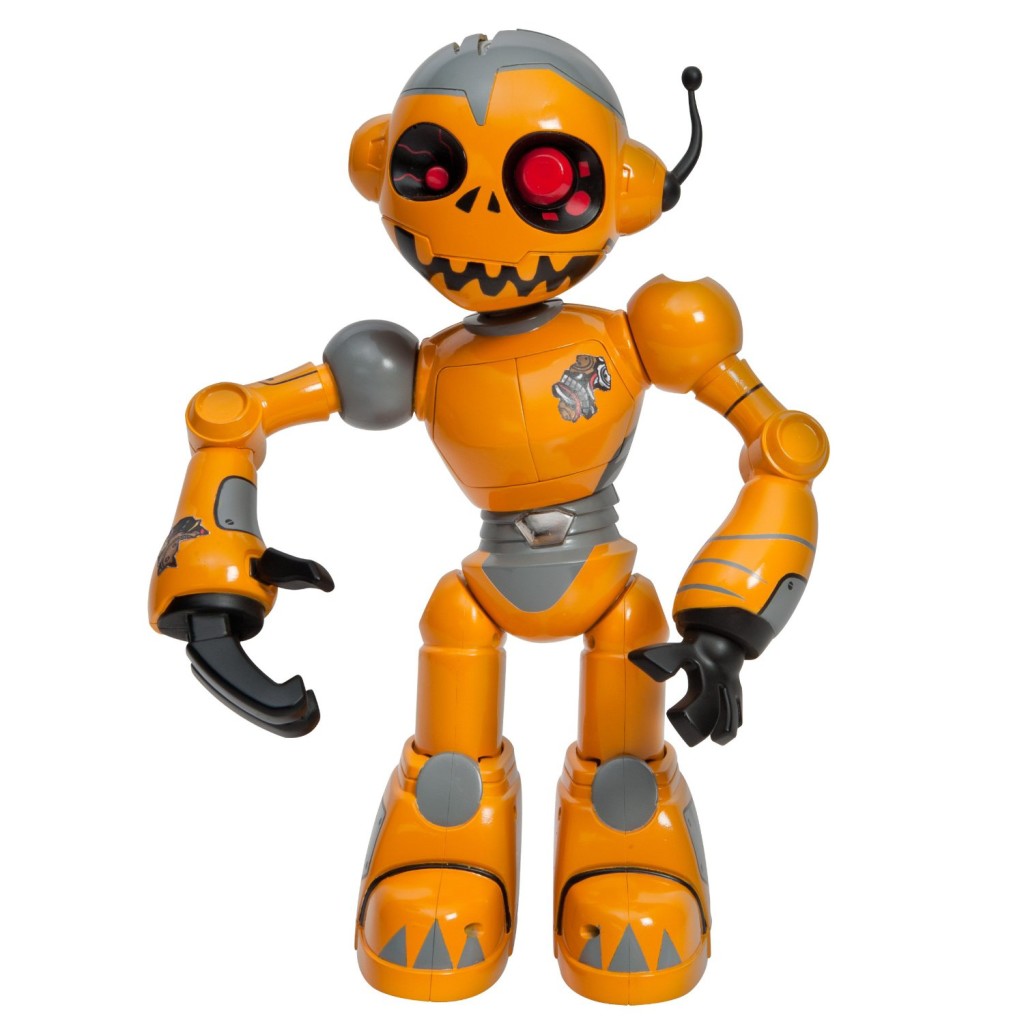 *Bye, bye guys!
I hope you enjoyed these cool WowWee robots and said ‘Wow’ all the time too! 🙂
Enjoy your new robot!

HappyGabby is a participant in the Amazon Services LLC Associates Program, an affiliate advertising program designed to provide a means for sites to earn advertising fees by advertising and linking to amazon.com.

**I am also a designer associate at Zazzle and as such, I receive compensation for sales that are generated by my affiliate links.